On mainland Europe a budding Prussian surveyor called Alexander Humboldt (1769-1859) was desperate to explore some of the tropical forests in South America. The Bishop of Derry, Lord Bristol, had invited him to join a 1798 expedition up the Nile from Alexandria and so an enthusiastic Humboldt left home to join the crew. He went through Paris and to his surprise found that most of the people that he expected to be travelling with had vanished. The place was in turmoil because Napoleon had just entered Egypt and had taken most of Humboldt’s friends with him. They comprised 160 of the best scholars and scientists in France, including most of the natural scientists who had deserted Lord Bristol’s expedition for Napoleon. It meant that Humboldt had to cancel his plans, though with Lord Bristol involved, it would have been difficult for any crew to leave from France in any case.

Instead, the elderly Admiral Bourgainville (1729-1811), the first French navigator to sail round the world, invited Humboldt to be ship’s naturalist on another expedition, a five year circum-navigation. 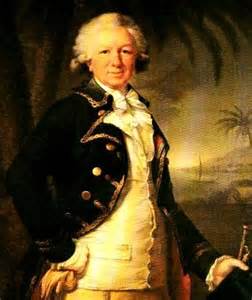 That trip also had to be abandoned because an imminent war with Austria was taking all the French navy’s money. Agitated with these frustrating obstacles Humboldt decided to go as a paying passenger with another of Bourgainville’s frustrated recruits, a naturalist called Aime Bonpland, 25 years old. The two men were so enthusiastic and yet short of money that they walked across the border into Spain and in May 1799 set off for Tenerife and Havana aboard the Pizarro. 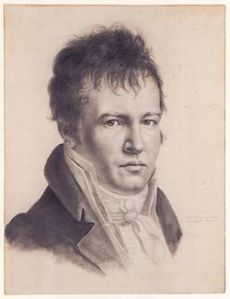 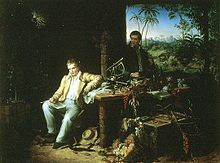 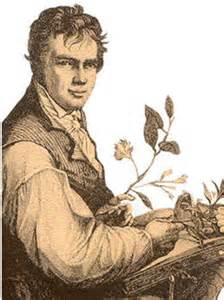 Humboldt – self portrait       Humboldt and Bonpland at Orinoco    Aime Bonpland

They were to be away from 1799 to 1804, hard yet productive years during which they saw natural catastrophes, rather than the international political disputes of the sort they were used to. They also saw human tragedies, with the first to happen shortly after leaving Tenerife. Their overcrowded ship entered the tropics and endured night-time temperatures of 36 degrees. With appalling sanitary conditions and bad diet it was not surprising that typhoid became an epidemic and several crew and passengers died, while others became delirious in the cramped stink. Unable to go as far as Havana, the Pizarro made port in the Orinoco Delta where, typical of the two explorers’ luck on this journey, it took days to find an anchorage. Eventually thankful for the chance to leave the ship after the horrible six week voyage, the unexpected destination gave good opportunities for their work, one of the most unexplored species-rich parts of the world.

Weighed down with their collections of animals and plants from the Orinoco Delta they went on at the turn of the century to Caracas, which then had only 40,000 inhabitants and was about to be devastated by the earthquake of 1812. All the while, their observations and their stimulating conversations set them thinking about how and why particular species inhabit particular regions. They collected animals and plants from tropical rain forests, from the great river plains of the Llanos and from the shores of lakes and the sea. On their journey they talked of migration, climatic ranges, restricted distribution, the strange species found only on some islands, and even the observation that closely related species often appeared together in these rich habitats. This reminded them of the talk of transmutation that they had heard in the Paris salons, memories that seemed so far away in culture as well as distance. And throughout, fear of the dangers they had avoided was at the front of their minds.

They returned to Paris in 1804 with their formidable baggage of 60,000 specimens of plants and animals and plans to work together to classify and write up the details of their discoveries. Humboldt’s first book was an Essay on Plant Geography, published in 1805, the first of 30 books in a series on their South America expedition. The complete work was not to be finished for another 30 years, with volumes on the botany, zoology, astronomy, meteorology and geology. They were the first comprehensive accounts of the natural history of a whole continent and were invaluable introductions and guides for future travelers like Alfred Wallace and Charles Darwin.

Humboldt was more a surveyor than a biologist and so he measured how climate affects human activities as well as plant distribution. He expected botanists to go beyond the mere classification of plants and consider their whole welfare and geography and illustrated this in his book. A panoramic Tableau Physique showed what would be found at different elevations along the slopes of Mount Chimborazo in the Andes. He surveyed the elevation at which there is no perpetual snow, the distance at which one can see mountains from the sea, what crops can be cultivated and what animals might be found at various points. 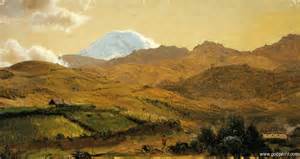 The bad luck which Humboldt and Bonpland suffered on their journey to South America continued in Paris. Bonpland may have been brilliant in the field but he was inaccurate and unreliable at his desk, where the work was difficult in another sort of way. There was no help from the experience of others and many of the specimens were completely unknown. Even their structures were hard to examine without detailed dissection and examination, and with tens of thousands of such new species the piles of disorganized specimens must have been daunting. Bonpland didn’t know where to start, he delayed, made mistakes and fell behind the deadlines they had agreed, and because Humboldt was paying for it all from his own money, there were disagreements. 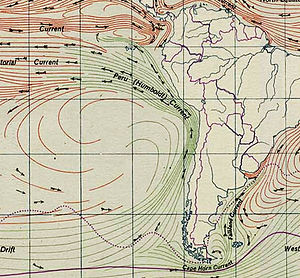 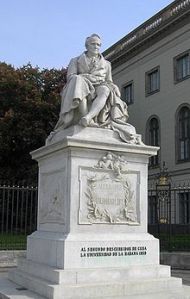 For Bonpland there was also the distraction of post-revolutionary Paris. The five year expedition had made him famous, and soon he was asked to create a flower garden at the Empress Josephine’s country house at Malmaison. Josephine divorced Napoleon in 1810 and the good-looking and worldly Bonpland became her confidante until she died in 1814 at the age of 51. At this, Bonpland announced that he had stopped working on the South America collection altogether. He had been beckoned by his wanderlust to return to the Americas and there he had an eventful and hard life until he died in 1858 at the age of 85. For the last 38 years of his life he received a pension from the French Government and lived in a mud hut on the pampas in Uruguay, surrounded by “the society of my beloved plants”. 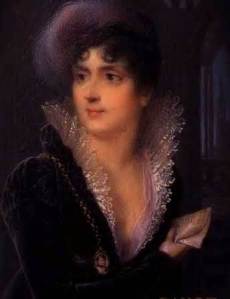 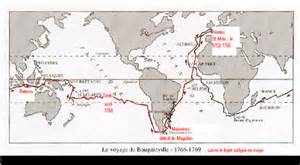 Meanwhile, Humboldt published all thirty volumes of the South American expedition, at a time when there were many other brave explorers of world biodiversity. These were mostly by European explorers and scientists, doubling up as surveys for expanding Empires. Charles Darwin’s voyage on the Beagle, Huxley’s to Australia aboard HMS Rattlesnake from 1846-1850, 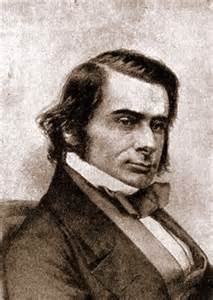 Hooker’s explorations in Van Dieman’s Land, as Tasmania was called, on HMS Erebus from 1839-1843, were just the best known of many others. 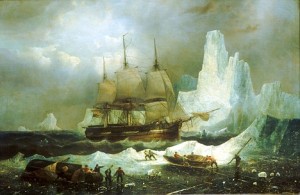 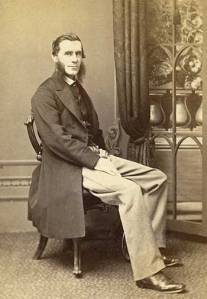 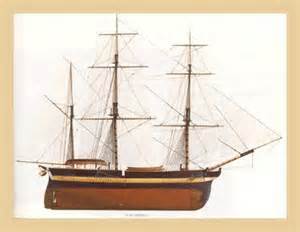 Inevitably a shared experience of sailing round the world brought these three men close together, having experienced the same exceptional feelings that were so hard to express verbally or in writing. Formality was the first convention that they ignored between themselves and a strong sense of trust and implicit understanding coloured their relationships and the important science they shared. Hooker’s letter to Darwin from Kerguelen’s Land, or Desolation Island as the French navigator Yves Kerguelen first called it, described the island’s unique cabbage, Pringlea antiscorbutica. It was only found there “on a spot upwards of 1,000 miles from any land where fresh vegetables can be obtained” and the sailors used it to help prevent scurvy. And Darwin’s response to Hooker’s excited account of this species was the famous admission: “I am almost convinced (quite contrary to opinion I started with) that species are not (it is like confessing a murder) immutable”.

Hooker went on to stay in Tasmania for three months from May 1840 and his report on that work, Flora Tasmaniae (1853–59), lists 150 new species. He was taken round the island by the chief gaoler Ronald Gunn, who had a passion for plants and who became an important collaborator with Hooker. Back home in 1846, for example, Hooker wrote to ask for specimens of a rare member of the family he was researching. “My dear Gunn you must sprawl on your hallowed belly on the top of the mountains and pick little things out of the ground for I still want analogies [to the genus Forstera] which your mountains must produce.” 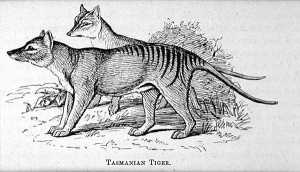 A more straightforward scientific project, one no less significant, had just been started on-shore at home in England by a mining surveyor called William Smith (1769-1839) and resulted in the publication of the first geological map in 1815. While being employed as a surveyor to build the canals in newly industrialized parts of England, he had an unequalled experience of the geology from the rock exposures being cut through the hills. He used the fossils which he found to be restricted to one particular bed, or perhaps a particular assemblage, to give it an identity. He was concerned with the sequence of these beds, how they always outcropped in a particular order, and the fossils were diagnostically useful. That was what Smith wanted from his fossils – he was a surveyor and map maker, not a biologist or environmentalist. 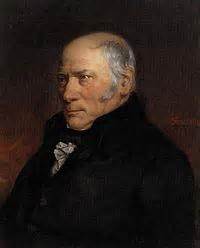 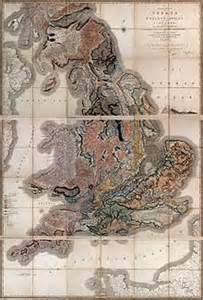 Like many working-class heroes, Smith also suffered through bad luck, made worse by not having any support from friends or societies of the ruling class. Even worse, they may even have been the cause of his downfall, their envy at one from a different class who had succeeded where the rich had failed. Most successful naturalists were still those from backgrounds able to support a university education, which encouraged ordination and a good living in a rural parish. Smith should have moved to France after the revolution for that was where both state and scientists remained separate from the church and where naturalists were free to explore in their own right, free of the establishment, unlike Smith.