The Rev John Ray (1627-1705) was one of the new thinkers influenced directly by Bacon, and he used his fellowship at Cambridge to make a big impact on how his colleagues were going to understand nature. His father was the village blacksmith at Black Notley in Essex and his mother an expert herbal healer. 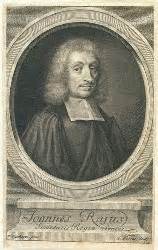 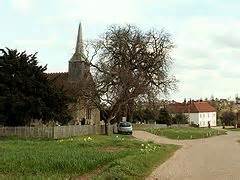 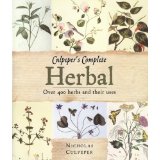 To her, Culpepper’s herbal reference-book was as important a guide as the Bible was to all around her, so during the Civil War (1642-51) in the Ray household, when John was studying at Cambridge, religion and a natural life-style were strongly connected. John was determined to bring the two together and he used the frequent thirty mile walk between home and college to help him get to know the plants and animals. Unknowingly then, the long walk took him past the witches at Bury. 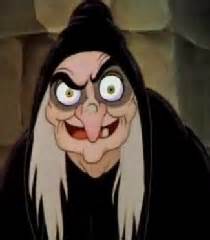 These were the years when John Ray began to sort out some order in the confusing spread of diversity that he saw around him in the English countryside. He compartmentalized all that he saw through the seasons: different kinds of flowers tended to be different colours in the spring and summer, while trees had a different place in his system to bushes and herbs. Their location also gave him a useful guide to help sort things out, indeed, he went on to use all sorts of characters to describe what he called a species – he was the first to use this word, Greek for kind. But he used so many different characters that they became a serious weakness to his system because it got into knots when they overlapped and when there became too many to cope with at once. A hundred years later Linnaeus, the supreme master at finding order within chaos, considered only sexual structures to classify all of the flowering plants.

Ray had published his first list of plants just after the civil war and called it Catalogus Plantarum circa Cantabrigiam. He was also ordained and that allowed him to enjoy more of the privileges at Trinity College. Pleased to link nature and religion, he preached that God made things for a reason, mainly for man’s benefit. So night-time is provided to enjoy sleep more easily, and complexity in nature and society is because God is intelligent and so everything is adapted for a purpose.

Ray supported most of the reforms that followed the civil war and it came as a shock when the first big set-back threatened to slow down change. This was the 1662 Act of Uniformity which increased the power of the Church of England, insisting on subservience to bishops and demanding the use of the Book of Common Prayer at each service. This was all more than Ray’s new beliefs would allow. Bravely, along with nearly 2,000 others, he refused to sign allegiance. This was because he was moving to a more analytical outlook on life, taking on more than one side of an argument according to his own judgment and not that of his institution. What he knew about natural history, how he saw order within it, was at odds with the new Act and it meant he had to resign his fellowship. This turned out to be a blessing in disguise for this student of nature because it released Ray from the rigid duties of the university so he could travel and explore the animals and plants of mainland Europe.

His fellow dissenter and wealthy friend from student days, Francis Willoughby, joined him and paid for the trip. From what they saw they calculated that there were 10,000 species of insects, 1,300 other animals and 20,000 species of plants in the whole world. By the middle of the seventeenth century the human urge for adventure and the challenge of using science to find out new things both became realistic occupations. European nations were becoming rich enough to finance expeditions to exotic parts of the world, realizing some of the advantages of Empire. 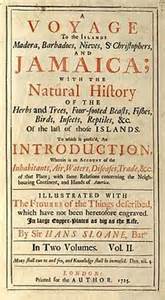 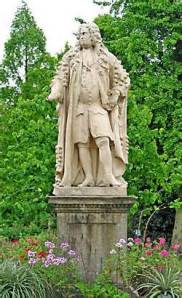 In 1684 Ray was helping cultivate some of these imported plants at the new Chelsea Physic Garden, gifts that the young Hans Sloane had brought back from his travels to the West Indies. There were “nectarines of all sortes, Peaches, Apricotes, cherryes and plumes of several sorts of the best to be got.” To help, a stove was installed to heat the greenhouse and Sloane wrote about it to Ray with great enthusiasm: “The gardener has fitted a new contrivance, at least in this country; viz. he makes under the floor of his greenhouse a great fire plate, with grate, ash-hole etc., and conveys the warmth through the whole house, by tunnels; so that he hopes, by the help of weather-glasses within, to bring or keep the air at what degree of warmth he pleases, letting in upon occasion the outward air by the windows. He thinks to make, by this means, an artificial spring, summer and winter.” 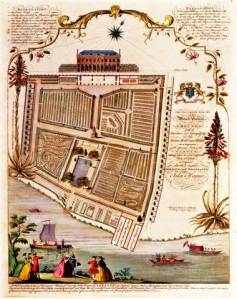 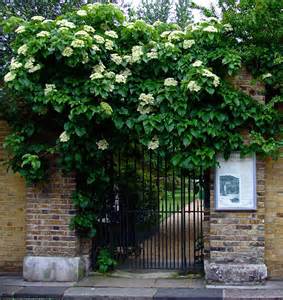 It is highly likely that John Ray and Isaac Newton (1642-1727) knew one another while they were at the same college. Ray was 34, and Isaac a 19 year-old student. Newton had travelled 50 miles south from Grantham with little money and no friends but his notebooks, and quickly he shut himself away. He was eccentric from the start, not helped by an equally remote tutor who discussed nothing but ancient Greek. One of his few friends wrote that: “he has sometime taken a turn or two in his garden, has made a sudden stand, run up the stairs with a eureka, fall to write on his desk standing”. For long periods he would go without eating and when someone forced him to have food he would snatch it and carry on standing by his work. They said he was in the grip of inspiration or maybe obsession. 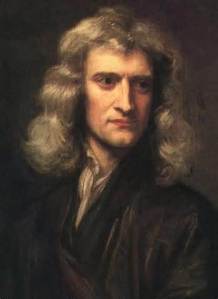 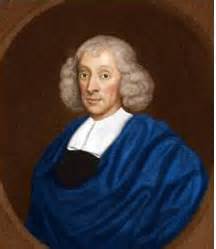 Perhaps it was his physical weakness that caused Newton to be so guarded or he was afraid of establishment people, his humble origins not helping with all the comfort and fame. He had a notoriously argumentative relationship with Robert Hooke that had got off to a bad start in 1665 with his envy at Hooke’s microscope. Newton thought that light and its bending properties was his own specialist province, pleased to leave Hooke looking at flies’ eyes. The relationship deteriorated in 1672 after Newton’s election to the Royal Society when his anger focused on Hooke’s telescope. This was an instrument for Newton to look outwards, not for Hooke who should have been content to stay searching inwards.

Newton considered himself as a man with a mission. “Just as the world was created from dark Chaos through the bringing forth of the light, so our work brings forth the beginning out of black chaos and its first matter.” So, in 1686, after 18 months writing, Newton sent off the Principia Mathematica to the Royal Society for publication the next year. It was about the science of time, space, place and motion: on its own, time flows evenly, space remains the same. And then the three laws of motion: actions are interactions. Science could now explain anything there was to be explained, except evolution, which was going to be the next challenge, and that involved a lot more.