During dark months in war-torn London Julian Huxley had united all the known parts of evolutionary biology into a single explanation of life. But like the unity of the allies their interaction was to become disjointed once the war was over. London was a cold and confusing place in the winter of 1945. Three tired friends often met together for evenings out at the Gargoyle Club, a Soho haunt of artists. AJ Ayer a 35 year old philosopher, JZ Young a zoologist in his early forties and the more worldly Julian Huxley then 58 years old, were always looking outwards and to the future, and here was one of the few lively places, with youth and fashion. 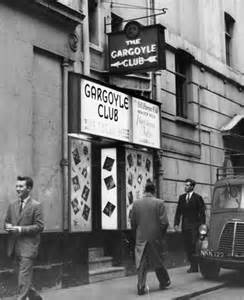 On special occasions they went to Bertorelli’s or the Café Royal. At both of these places there was lively and convivial conversation with writers and artists as well as broadcasters and journalists. The blitz had fragmented the factual from the romantic one stage further and these men, artists and scientists were looking forward to the next stage of the human project. They wondered where this separation might lead, where science might take them. Would art and science move further together in that new world or would they move further apart again? Biology found itself leaderless after those five catastrophic years partly because it was so diverse, its intellectual tentacles penetrating nooks and crannies of really obscure parts of scientific knowledge as well as the arts and the obvious disciplines of chemistry and physics. The impact of the Modern Synthesis was not strong enough to prevent this entangled phenomenon from splitting, and the two largest bits were the old descriptive and systematic subjects of taxonomy, anatomy and morphology, and the new experimental worlds of molecular biology. 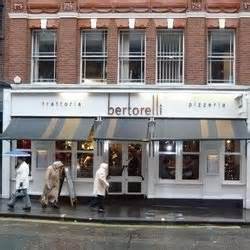 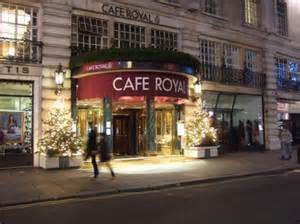 Even palaeontology had a new dawn from the powerful tools of microscopy revealing rapid evolutionary changes in groups of small organisms such as plankton, and touching on the edge of all these fields, ecology was being seen as a main source of the changes. Also after the war, the most active laboratories with most of this new work had shifted from Europe to the United States where a different culture spread the projects out across the widest possible range of application. Never had biological creativity been operating on such a vast scale.

Freddie Ayer and JZ Young were high living Londoners who enjoyed dancing as much as thinking and they got plenty of both at the different ends of the Tottenham Court Road. Having survived the war they were consciously going round picking out the exciting opportunities and rejecting the burnt-out relicts from the past. Gone were the naïve quests for proof and truth, the belief that scientific biology had clear and fixed answers. There were too many interrelated bits all bobbing up and down on the rippled surface, moving about and changing at different rates as time passed by and many kinds of landscape changed. Instead there was a lot of new talk about the verification of scientific ideas through falsifying rather than proving. There was something very poignant about these evenings out, men who were glad to have come out of the second great catastrophe of twentieth century history and were looking forward to living with science differently. Inevitably they talked about their feelings of these confrontations, like the incidents of biological history that had also passed through distinct phases separated by catastrophe and conflict.

They knew that at the beginning of this story there was myth, then religion, enlightenment, evolution, human control, and now in the second half of the twentieth century it was going to be molecular biology. Significantly, these eras were all separated by some kind of serious social conflict like war or revolution. As the three friends suggested in their Café Royal conversations, the end of the Second World War quickly and clearly marked the end of one phase and the beginning of another. It was not the first time that conflict had separated these ages, the English Civil War was one, the French revolution another.

Two other friends who had also noticed these similarities between scientific progress and historical events were JD Bernal and CP Snow at Cambridge. There they also watched cricket with GH Hardy and they would talk about the player’s batting and bowling averages. They laughed at their similarity to the patterns that emerged from the proteins in their latest crystals. One hot topic was whether there was more to science than just these numbers, and Snow scored a victory over both Hardy and Bernal when he pointed out that cricket couldn’t be described by a simple list of runs and averages. Ironically, Snow became one of the first government officials to consider trends like these and to anticipate what they meant for the way post-war science should be run.

But in contrast to the environmental concerns of softer scientists like Tansley and the Huxley brothers, these men didn’t stop to think about the effects of disasters in nature. Snow implemented scientific policy in government, but he was a million miles away from Huxley or Tansley’s more subjective outlook on ecology and psychology. Snow’s own contribution to science was brief, looking at molecular structures through the infra-red part of the spectrum. One of his interpretations that was published in the Philosophical Transactions of the Royal Society in 1930 soon turned out to be wrong and he stopped lab work altogether.

Another independent thinker about evolution, from yet another discipline, was also at Columbia University alternating his work there with being a soldier in Europe. This was the vertebrate palaeontologist George Gaylord Simpson’s whose classic Tempo and Mode of Evolution was published in 1944. He knew more about dinosaurs than anyone else and also accepted that their rates of evolutionary change were determined by genetical factors. Also accepting what the statisticians were saying, but without much maths, he understood that natural selection was more effective in large populations than in small ones: it didn’t take much common sense to see that a whole herd of dinosaurs was much more powerful and effective than an isolated one. It followed that a single mutation in one gene was much less common than in a whole population and small mutations were more common than those with a big effect.

The biggest problem that made fossils difficult evidence for twentieth century scientists was that they were long dead and impossible to use in the kinds of experiments that were possible then. Palaeontologists couldn’t measure the amount of genetic change and instead they measured the amount of structural change. For example, horses had fed on tough grass and their molar teeth had adapted special features for this on their grinding surface which had changed through time as the grass itself had evolved. It was possible to measure such changes in the length of an outer ridge on the fossil teeth and the length of their main cusp, and sure enough, they were different on species with different diets. This was how they reconstructed the different evolutionary pathways of many animal and plant lineages.

Simpson thought out these kinds of arguments from the treasure that fossil hunters out in the mid-west had found when they had climbed new rock outcrops in search of new specimens. Their age and identity were one thing, how they got there in the first place was another and Simpson forced them to consider the wider kinds of evidence available. But he was a difficult man and anyone daring to agree with him was immediately asked to justify their attitude, while he reacted in the same way to those who didn’t. As well as Tempo and Mode he wrote secretly about his alto ego, Sam Magruder, all alone in a time-travel story out in the Jurassic landscapes. It was a fantasy about his loneliness as a human being, an autobiographical metaphor for the puniness of the individual.

The Dechronization of Sam Magruder was published posthumously and tells of his adventures with different dinosaur species, events depicted on (or over) eight slabs of time. The gaps between these events are not mentioned, and just as between the scenes of any play a lot is assumed and taken on trust. So in Sam Magruder’s fossil record there are times when nothing happened and intervals of high action explained by no evidence or by some groups going through phases of rapid evolution. It happened again when the dinosaurs became extinct and mammal species increased in numbers very rapidly. Gaps in the record show up if population numbers are reduced, such as when new environments are invaded. He also recognised quiet periods when there was little evolutionary change at all.

Sam propelled himself back in time with a special machine called a Langsam Decelerator: “I began to notice a strange and rapid flickering sensation. This elated me. The laboratory was gone and I was up to my waist in mucky water.” At the end of the book Sam looked back to consider his moral and philosophical position, whether humans were more successful than any of the other species, dinosaurs for example. As a wise human and a biologist, knowing where life would have evolved 200 million years after the Jurassic, he did nothing to guide or control that history into the future. Apparently it never occurred to him to make plans for the future direction of animal evolution as all he thought was of his own survival. As though to prove his innocence as a bystander, Sam became the curator of a zoo and he finally let his captives go: “I’ve had no joy, but a little satisfaction, from this long ordeal.”