Slaughter’s Coffee House in London’s Saint Martin’s Lane was the haunt of a lot of excited young men. During the Enlightenment of eighteenth century England, these people were hoping for change to a better future: they admired the fortitude and courage of the shipwrecked hero in Daniel Defoe’s novel Robinson Crusoe, written when the British fleet explored and traded with the New World. It meant that the English were well adapted to confront the practical challenges that the industrial revolution offered.

Many of these colourful entrepreneurs and scientists gathered in Slaughter’s to share the small improvements in life that were emerging at the time. There was more prosperity and good humour than ever before, helped by the unusual spices coming from tropical lands, and other commodities that gave a gradual improvement in living standards. In England, at least, there was no great catastrophe or talk of revolution and more people were part of the emerging middle class. They talked of the explorations overseas and of discoveries their friends had made and held high hopes for their future without the ties of rigid religious and rural controls. In the rapidly growing cities many popular establishments like these coffee houses were opening up for a new society.

Slaughter’s flourished through the middle of the eighteenth century providing potatoes and neck of pork as well as coffee. There were artists trying to get into the Saint Martin’s Academy, writers and several of the budding new gentlemen scientists. Benjamin Franklin would sup with Priestley, Wedgwood (above) and Banks and across the road there was Chippendales furniture workshop. 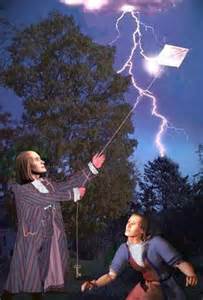 Franklin explains static electricity and became one who wrote America’s Declaration of Independence.

There were scores of coffee houses like this all over London, usually charging a penny for admission to their different pub- or club-like atmospheres. The Grecian was for philosophers and theoreticians, Lloyd’s Coffee House was frequented by ship owners, and Child’s hosted the clergy. At Slaughter’s they talked a lot about natural history and the new scientific discoveries, about how life is so varied and how it works. The patrons felt relaxed in the free speech away from the traditions of Oxford, Cambridge and the Church, and they were excited by the vast scope of these topics and the potential for their own lives. Some even dared to criticize the Church and declared themselves as non-believers. They also talked about the latest scientific discoveries such as that of a Swiss zoologist called Abraham Trembley who showed that Hydra regenerated when cut into two.

That was nothing unusual, for even the well-known Amoeba was shown never to die: they also just divide into two. Others talked of John Needham, a catholic priest, who had observed the hundreds of microflora in droplets of pond water, and went on to warn the coffee house clients that they also generate spontaneously in left-over soup.

One frequent patron at Slaughters’ was the Scottish surgeon John Hunter (1728-1793) an enthusiast for practicing Baconian experiments in medicine, especially with victims of gunshot wounds. 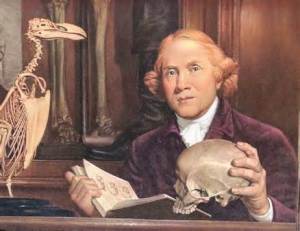 There was also Jesse Ramsden (1735-1800) who helped naturalists observe their smaller-scale features by making scientific instruments such as microscopes. Philip Miller (1691-1771) occasionally came over from Chelsea where he looked after the Physic Garden and had made it one of the best-known botanical centres in the world. The cramped five acre space beside the Thames was packed with plants from the Americas, South Africa, Australia and East Asia. These were the days before the great professional collectors and Miller patiently amassed his hundreds of imported specimens by correspondence and sea shipment. The landlord was the king’s doctor, Sir Hans Sloane, who had brought specimens back from his travels in the West Indies because he rightly thought that many were from unfamiliar groups. 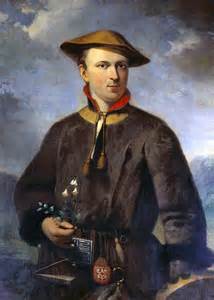 In 1736 Carl Linnaeus (1707-1778) had visited the garden at Chelsea (below, left) and was surprised at its lack of order, that it was much more chaotic than he would have wished. He urged Miller to use his new system of classifying plants and animals, newly written details of which he had just taken to a Dutch printer’s workshop. The Swedish naturalist had been asked to bring some order to another chaotic collection of plants, one owned by his friend at Uppsala, the Professor of Theology, Olof Celsius, uncle of the astronomer who devised the temperature scale. Celsius had a large collection of local plants which he asked his new friend to sort out and identify. He got more than he bargained for: when Linnaeus enthusiastically went off to collect more specimens, he returned with a newly worked-out system of classification for the whole flora. It was a brilliant advance on earlier systems, different because it relied entirely on the reproductive features of each species and which has formed the basis of flowering plant taxonomy ever since. Like most of the wise men who aired their feelings in London coffee houses, Linnaeus admitted to a belief in God but barely tolerated the church ceremonies. 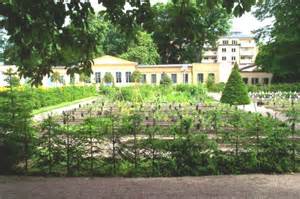 Instead, Linnaeus worshipped nature from the unique perspective of his botanic garden (above, right) and just as systematically organized his life to bring up students in this new world of order and understanding of nature. Throughout the 1770s he encouraged the students to travel outside Europe and bring back living specimens of plants for cultivation at home in Sweden. While the politicians argued about sending expeditions abroad, Linnaeus offered action: if Sweden couldn’t go to nature, then his plan was for nature to come to Sweden.