The 1860s was when life science quietly came of age. It had separated from myth and the church, it had gained a fundamental and intellectually substantial theory well described and ready for testing, and its many components were starting to be measured and analysed. It was a quiet decade for scientists and it gave no great historical catastrophic events. There was a new generation of charismatic life scientists, especially Haeckel and Francis Galton, emerging to lead those advocating measurement and analysis, and more non-scientists such as Samuel Butler and Herbert Spencer taking it upon themselves to consider reforming public opinion. Then, quietly, there came data from new scientific enquiries in the then barely embryonic subjects of genetics, stratigraphy and biometry.

The first of these came from within the church of the Hapsburg Empire at Brno, just north of Vienna. During the 1850s and 60s the monastery there was run by Abott Cyrill Napp who supported the changes in life-style and theology that came with scientific advance. 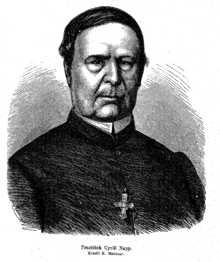 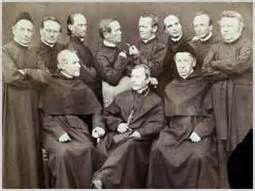 He also enjoyed gardening and could see that further social improvements would come from new methods of plant breeding and horticultural techniques. He and his young monk Gregor Mendel had heard about the latest ideas of cell division and some of its consequences for inheritance which led them to the latest techniques of counting and calculating progeny for crosses and they wondered whether they might lead to a better understanding of transmutation. 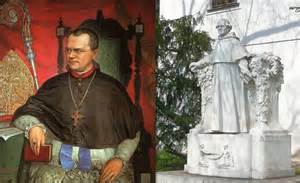 As a student in Vienna, Mendel had run up against the old and rigid authorities and had signed a defense of his teacher Franz Unger, a plant physiologist who was threatened with dismissal for supporting revolution. Failing the viva examination Mendel returned to Brno where he devised refinements to their earlier experiments of crossing carefully bred wild peas. Although Mendel himself was none too confident of the real significance of the patterns that emerged from these famous experiments involving crosses of different varieties, he suggested that structural characters such as flower colour and seed shape were inherited by processes at cell division and became mixed in definite proportions through the cellular processes of sexual reproduction. 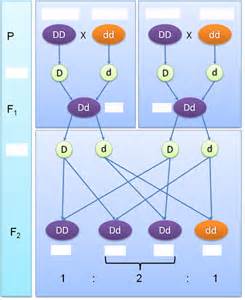 He didn’t use the word ‘gene’ but he did recognize that some kinds of particulate recombination took place during fertilisation. The article was published in 1866 by the Natural History Society of Brno in their Proceedings and if anyone did read it they didn’t understand its importance. It stayed hidden-away until 1900 and arguably its significance was not clear until much later still.

Trying to understanding evolution from different perspectives produced more measurements to add to the still ambiguous qualitative evidence. In 1864 the great physicist William Thomson (1824-1907) had estimated the time taken for molten rock to cool to earthly levels. Although he was a devout creationist, Thomson agreed with Lyell’s suggestions that geological changes were gradual and that “this earth, certainly a moderate number of millions of years ago, was a red-hot globe.” His first calculations for the cooling of sufficient rock to form the planet was between 20 and 400 million years, not long enough for Darwin, but large numbers to challenge Victorian dogma. 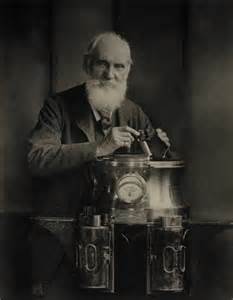 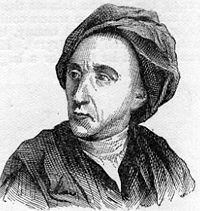 Instruct the planets in what orbs to run,

For the first edition of the Origin Darwin had used a value for the rate of erosion of chalk cliffs to determine that the Sussex Weald had taken 300 million years to erode to its present form. All Darwin wanted was enough time for gradual evolution, long enough to explain the occurrence of extinct groups, such as ammonites and dinosaurs, in slightly older sediments underlying the chalk. But his line of reasoning had little validity and was immediately scorned by geologists and geographers let alone physicists such as Thomson. The latter’s very different kind of mathematics had an objectivity that was highly respected even though most scientists didn’t understand the calculations, and it suggested there had been a mere 100 million years since the planet’s origin. That allowed much less time for the Weald to have eroded. 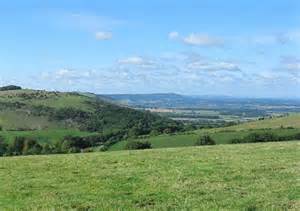 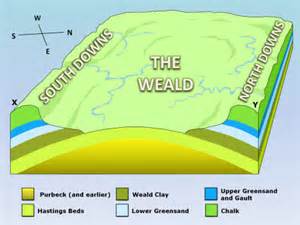 Darwin was forced to revise his estimate of deep time and for the fifth edition of the Origin he offered compromises to speed up his initial estimates of evolutionary progress. In desperation he asked his son George, by then a mathematician at Cambridge and a colleague of Thomson, to help check the calculations. He also offered factors such as the planetary tilt and climate change that needed to be considered in further estimates of time. Impressive though all this objective Baconian science may have been, it was becoming clear that it was not going to come up very quickly with a clear answer for the age of the earth. The speculation about slow or sudden rates of evolution continued.

Thomson also revised these numbers until 1897 when he settled on 20-40 million years for the erosion of the Weald, times quite out of scale to the values required by the geologists and palaeontologists who followed Darwin. But to add more confusion for them, Thomson had been involved with calculations about heat flow, working towards the second law of thermodynamics. It meant that the planet’s geology was becoming less ordered and so Lyell’s uniformity was impossible. It was the law that remained constant, not the planet and Thomson accused Lyell of seeing them both as the same. The theory meant there was a faster break-up of order at the beginning of the earth’s existence than now and with these different rates of change the processes involved couldn’t all have been the same as Lyell advocated.

Then, in 1903, Ernest Rutherford discovered the source of heat in Thomson’s theory and in 1907 it enabled radiometric dating of rocks to give a much more reliable estimate of geological time. While Mendel’s followers measured genetic variation by counting the ratios of colouring of pea flowers, the physicists searched for other parts of biology which they could usefully measure..

They were to stimulate a third kind of objective analysis of evolutionary data from the eccentric and enquiring mind of Francis Galton. He was 13 years younger than his cousin Charles Darwin and though they were never very close they were sportingly competitive. In 1841, the first year of Emma and Charles’ marriage, the 19 year old Francis was invited to their little house in Gower Street. The talk of exploration in South America and Australasia must have had an impact because Francis himself soon went off to Africa and stayed in Namibia until 1852. Instead of continuing with his medical studies at King’s College Hospital, Francis was persuaded to go up to Cambridge and study mathematics. So began the new ways of analysing and understanding morphological and genetical data which brought the cousins together thirty years later.

One of Galton’s early contributions to this new approach was in 1865 when the influential Macmillan’s Magazine publicized some of the results of his data-gathering under the headline “Hereditary Talent and Characters”. The article was typical of his eccentric approach and reported the serious search for physical and mental characters which were inherited in “animals and therefore man”, all having been subject to selection. They were the “many obvious cases of heredity among the Cambridge men who were at the University about my own time.” The work went on to find simpler things to measure in many more subjects, so Galton got the measurement of a million men’s height, then the exam results of 5,738 Scottish soldiers. Each time he plotted the range of measurements and found the same normal distribution shaped as a bell curve. 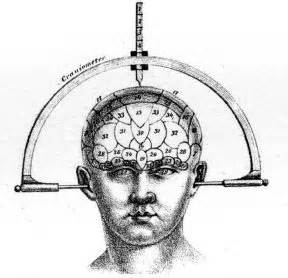 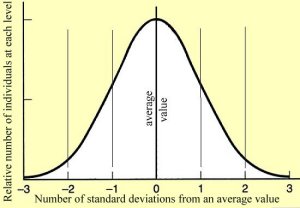 In 1869 Galton set out alone to publish his objective hopes and desires about how characters might be inherited. In Hereditary Genius he argued that “man’s natural abilities are derived by inheritance” and “out of two varieties of any race of animal who are equally endowed in other respects, the most intelligent variety is sure to prevail in the battle of life.” Galton used a 16 point scale to monitor human intelligence with a negro two levels below an Englishman, a Lowland Scot just above him and an ancient Athenian at the top. 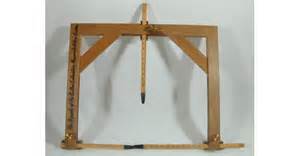 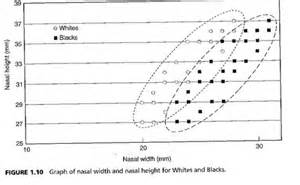 He placed composite photographs of criminals and other “degenerate types” at the different levels on the scale to suggest pathways of inheritance. The difficulty was to get hold of enough data for use in any equations, one of the reasons why he was involved in so many things at once: fingerprints, weather forecasting, inheritance, and especially human evolution. Another reason was his irascible and eccentric interest in experimenting. Like many of his contemporaries he worked alone with little money to invest in research. Even if he had had the resources he didn’t know the questions to ask, or have any expertise in the right experimental methods. He was stuck in-limbo with no-one to set his wits against and argue with, no way of testing his ideas with experiments.

One person who did accept his challenge was his cousin Charles Darwin and through the 1860s they planned experiments crossing silver-grey rabbits after giving blood transfusions from another breed of black rabbits. They then crossed these males and females to find what other characters their offspring inherited. In 1869 they were breeding ‘a few couples of rabbits of marked and assured breeds”. If particles of inheritance were really in the blood as Darwin thought, then some features from the black rabbit’s donors should show up in the subsequent offspring. They then set about counting the offspring and looked for non-existent patterns, realizing how difficult it was to focus on a single variant at a time.

Well-aware of these deficiencies Galton persisted with his measurements, hoping to obtain data about animals as well as human features and habits and to use his mathematical skills to analyse them. But his simple methods just couldn’t begin to scratch the surface of the difficult things that he chose to study, such as the inheritance of intelligence. One of the projects tracked the number of generations in active legal families: “after three successive dilutions of blood the descendants of judges appear incapable of rising to eminence.” His main conclusion was that what this succession for lawyers really needed was a mix of “capacity, zeal and vigour”.

As the study of biology grew, so it acquired more practitioners, and these specialists became professionals as biological industries began in agriculture and health, and biology became a necessary part of education and university research. Switzerland attracted a more diverse gathering of the new biologists than most countries due to its central location in a politically unsettled Europe with many migrants, and they came from varied social backgrounds. Details of the range of interests being studied were given by Alphonse de Condolle, a Swiss botanist who had been stimulated to make the catalogue by reading Galton’s 1869 Hereditary Genius. 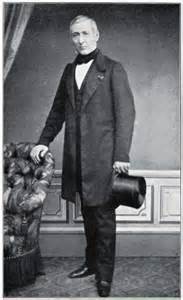 But the Swiss data suggested to de Candolle that environmental factors played a big part. Galton’s book was about heredity, de Condolle’s Histoire des Sciences et des Savants depuis Deux Siecles about environment. Largely from their correspondence came Galton’s little book in 1874: English Men of Science: their Nature and Nurture, quoting Prospero in The Tempest “A devil, a born Devil, on whose nature nuture can never stick.”