text attributed to Shakespeare; or is it the writing of Thomas More or Francis Bacon?

People have always been afraid of the unknown and have gone out of their way to find answers to the mysteries and terrors of life. Most have done this by seeking reassurance from creative stories told by people everywhere from the earliest of times. In many of these, both good and bad gods were created and civilisations built around their myths. The gods were appeased by the vulnerable people, as they worshipped and pleaded for protection from each threatening environment.

I, like most other people, have had to find a god to help me express my creativity. The written word has helped with this task particularly since the sixteenth century when facts and ideas started to be printed so changing communication forever. So it is with these that I will begin this daunting task of figuring out a pattern within this history of how life and its evolution has been understood. In most of Europe through this time, the word and work of the Christian God accounted for all of nature on the planet and in heaven.

The defender of Roman Catholicism in England, Sir Thomas More (1478-1535), wrote his personal manifesto in 1516 as a 134 page story of fiction. It was a brave act to publish such a document because everyone realized it really set out a list of complaints about the State and its political system. In it, More expressed the fears of himself and many others about how money was wasted and wars were fought recklessly and needlessly. Most of the complaints fell at the feet of the Crown, and inevitably they led to More’s execution.

In Utopia, More told of Raphael setting off for Brazil in 1507. From there he made a short journey to the island of Utopia where his mythical society lived in what More must have thought to be his kind of paradise. The island had a well-worked-out set of rules by which its society was structured. But they were mere supplements to the Christianity that Raphael and most of his fellow-utopians believed. Atheists were tolerated, though despised, and there was not much time or space for any free-thinking ways of life.

More’s socialist State had a strong welfare system with free hospitals and household support. Life was simple and equal for everyone with no unemployment. The law was kept simple and so there was no need for lawyers, and punishments placed the guilty into slavery. This was how the system kept going, for all households were allocated at least one slave and they also did the nasty jobs. Adultery was a crime, pre-marital sex was punished by celibacy. There were both male and female priests but wives were subject to their husbands’ wishes.

In Greek “utopia” means “no place” and some say that More wrote the story as a joke. Certainly its idealism is hard to take seriously. For example, if the number of inhabitants became excessive the extra people were sent off to the mainland where special colonies were established. At least More was aware of some of the potential difficulties. And he really believed in the ethics that he described for his ideal island, especially that people should have the materialist Epicurian life they so much wanted. But if they broke the rules favouring the majority, he expected that they should be punished.

450 years after More’s novel was published, a feature film starring Paul Scofield put his ideals in a modern context and telling of Moore’s struggle with the corrupt authorities. The film was based on Robert Bolt’s play A Man for All Seasons.

With much the same theme, Francis Bacon (1561-1626) published New Atlantis in 1624, also just before his own death. His island was called Bensalem, on the Pacific side of South America, and with the same respect of Christianity. But here, the new social custom was based on its State sponsored scientific institution, Solomon’s House. In effect, his was a description of everything involved in Bacon’s ideas for a scientific methodology. It was the first recognition that the dark ages were over and together with the forthcoming technological incentives from the Industrial Revolution, that was soon to be inevitable.

Bacon’s story of New Atlantis began, only a few years after the Ascension of Jesus, with the miraculous arrival on the island of a copy of the Bible. The event was celebrated each year as the “Feast of the Family” and was accepted by everyone as the mainstream morality that would continue to keep society together. This vision of the future of human discover was quite compatible with Christianity and the role of the church.

As with More’s political rules on Utopia, so Bacon formulated rules for science and each was to be the responsibility of a management group. These officials:

went off to other countries to find out their progress in science and the kinds of experiments they performed,

collate all known experiments of the “mechanical arts”, the “liberal sciences”,

will try new experiments that they “themselves think good”,

others recorded results and set out conclusions.

A final group was to put each new discovery into the context of previous knowledge and to present each advance as a written rule.

While Galileo was in trouble with the religious courts in Rome, the same English lawyer who published New Atlantis in 1624, Francis Bacon, was working out how to practice what he preached. It was time for him to perform the first experiment, to test some idea about nature. For as well as being remembered for pioneering rules about how science might be done, no particular branch of it, but the value of testing the early hunch of a new idea, he is also remembered for actually performing the first experiment. In New Atlantis he argued that as much background influence as possible should be put to one side so that the experiment concentrated on one single thing at a time. And this is what he did: when the chance came, he took it.

Bacon had been brought up to believe that faith and reason were part of day-to-day religious doctrine and gladly accepted that any new understanding was considered by the Church to be part of its work. To move knowledge forward he was trying to devise a system of finding out new explanations, a method that others would follow and find useful to work with. If everyone could explore the issues in a compatible way, learn to speak the same methodological language, then problems about nature might be solved more accurately and quickly. The answers might then start to fit together and present a more meaningful picture. He was thinking about a process by which ideas could be discovered, rather than about a particular discovery, a scientific method that could be accepted as an authentic way of finding some truth about the nature of life.

He believed that this was more important than the religious way of life but he received a major set-back in putting these views forward to the public. In 1621 he was charged with corruption and imprisoned in the Tower of London to await King James’ pleasure. His wrong-doings were not for any errors in his scientific work but for the bribes he had accepted as Lord Chancellor, and he chose the easiest way out by pleading guilty before Parliament: “My Lords, it is my act, my hand and my heart. I beseech your lordships to be merciful to a broken reed.” The quieter way of life that followed gave Bacon time to think through and develop his emerging ideas of how to do science, how to get to know the mysteries and questions of the natural world and how they might be understood.

The story goes that one winter morning in 1626, Bacon and his friend the King’s doctor set off together on a mission that was going to change the course of human history. Their horse-drawn carriage went up past The Angel out of London into the countryside, along the Great North Road to Highgate. The coach stopped outside a crumbling old cottage and the two men climbed down onto the frozen mud. They went into the building where an old woman was trying to warm herself by the fire. It was close to the spot  where Dick Whittington looked out over London, and at around the same time. 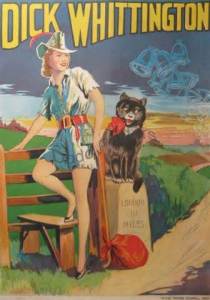 Like her visitors, the old woman was shivering with the cold, but pleased to sell two of her fowls. The two customers made the woman exenterate the birds and the experiment began.  Bacon took one of the birds outside, picked up several handfuls of snow and stuffed the frozen water into the carcass for it to be left out in the cold. The other was left in the cottage by the warm fire, where it soon became a festering mass of putrefying flesh and bugs. From the simple comparison of the different conditions for the same object the experiment tested Bacon’s theory of how meat decays and how it can be preserved.

His idea, or theory, was that meat decays by reacting with some internal organic substances. The experiment controlled the temperature, making it too cold for organic reactions. The meat was preserved.

By creating a theory, comparing options, eliminating other explanations, he found a solution to the problem or at least another way of understanding it. A week later Bacon reported that “as for the experiment itself, it succeeded excellently well, but in the journey from London to Highgate I was taken with such a fit of casting as I know not whether it was the Stone, or some surfeit or cold, or indeed a touch of them all three.”  The chill had quickly turned into pneumonia and Bacon died the following week. His private secretary, Thomas Meautys, saw to it that Bacon’s Natural History, Sylva Sylvarum and his New Atlantis, were both published before the end of the year.

This way of investigating nature lived on and talk of Bacon’s work stimulated a small group of men from humble families in eastern counties, and as we shall see, they were all studying at Cambridge during the early 1660s. There was no doubt that their work with science was beginning to challenge the authorized explanations of how to account for living things. Their experimental results were being published as new facts and this tempted the dons to debate how to bring up the questions about the origin and diversity of life in nature: where biodiversity came from. But being ordained as priests they had to decide whether or not to stick to their guns and defend their beliefs against such doubts. Even after thinking, arguing and teaching about new topics such as planets in motion around the sun and the time needed for other changes that had happened in the world, it was important that Bacon’s example of reason by experiment was understood and followed.

More optimistic changes at the start of the eighteenth century began to take over and drive society more quickly, enabling politicians to achieve their new social ambitions. Not only were the scientific developments sensible and more popular than the older life styles but they also seemed to work. Science began to take on a more important role as it established new practices in different fields but it continued to be no threat for the established role of the church as it was still being done within the style of God’s design and the way people understood the nature of life itself.