Julian Huxley was one of the few general biologists who realised that the way out of the stagnation was to link the new genetics with Lankester’s kind of biology and find some integrated whole. After the First World War Huxley had returned to Oxford to study birds and reptiles and to teach. He had gained useful knowledge of the new genetics from the States and he helped the zoologists at Oxford begin work on the experimental biology of population genetics. One of his experiments involved feeding thyroid from the local butcher to some reptile-like animals called axolotls. During the course of the experiment their gills shrank, the membrane around their tail was absorbed, and the aquatic red-spotted newts turned into large salamander-like creatures with dry skin adapted to air. By the end he was surprised to find that he had created a land animal which had not existed in adult form for many thousands of years.

His paper in Nature attracted interest from the Daily Mail and set Huxley off on writing popular science. Immediately this attracted concern from his fellow scientists, that he would lose his standing as a reputable professional. He discussed the ethics of all that with his colleague JBS Haldane, who was one of the first to urge him to be cautious about becoming too popular. But within a few months Haldane himself was speculating in front of the Heretics Society at Cambridge about birth outside the body. He wrote up the lecture with many other futuristic stories, one predicted harnessing energy from wind, another talked of antibiotics, and he brought them together in 1924 as Daedalus or Science and the Future, a booklet published by Kegan Paul. 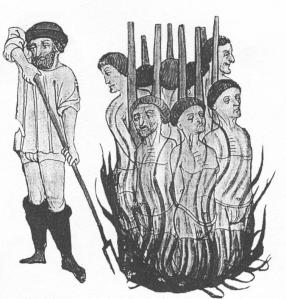 Jack’s father, the professor of physiology, hit the roof when he heard about the venture and told his wife to write to his friend Huxley, hoping he would have some influence on their errant son: “I find the S.P. [she always called her husband the Senior Partner] is frightfully upset about Daedalus. Will you abstain altogether from poking fun at him on account of it? And if you can do so, keep people off the subject altogether when he is about?” There is no record of what the old man said of their son’s new girl-friend, a Daily Express journalist called Charlotte, but whatever the reaction, they soon married.

Huxley, meanwhile, had left Oxford for the chair of zoology at King’s College London and only two years later he did an unusual thing for a young academic: he resigned. It was then 1927 and he was seduced away to help write an encyclopaedia called The Science of Life, a project run by HG Wells and his zoologist son Gip. Wells was insistent that Huxley became involved and he usually got what he wanted. Also at that time Huxley suffered bipolar disorder and his memories of the war wouldn’t go away, making it difficult to hold a full-time job.

Gip Wells in his beret

The Science of Life was a great success both in serialisation and as a final volume which would have been reprinted were it not for the second World War. Parts of it quickly lost popularity and Huxley was not too pleased that many of the ideas about eugenics were overtaken by events of that war. He believed that the shrinkage of food-growing areas would increase food prices and discourage the poor from having children. Another way would be to encourage voluntary sterilisation and Huxley let his imagination run wild with crazy optimism. It would lead to “a world encumbered for a time with an excess of sterile jazz-dancers and joy-riders which may be a pleasanter way to elimination than hardship and death. Pleasure may achieve what force and sword have failed to do. A world released from war can afford that; it is not a thing to fret about.”

It could have been worse. While proof-reading Huxley wrote: “Dear HG …. The Breeding of Mankind is still unsatisfactory in certain definite ways. I think I must have been so exhausted last Aug. that I let you and/or Gip triumph unopposed by me! As they stand the remarks about social classes are to me untenable. … As these differences will I hope soon be wiped out by birth control, I agree to passing it over with a very slight reference.”

Under pressure from HG Wells to finish writing his contribution to The Science of Life Julian Huxley and his French wife Juliette decided to leave London for the long winter of 1928 and stay at the Swiss skiing resort of Diablerets. There they rented a chalet with Aldous and his wife Maria, Aldous was also writing to a deadline, for finishing Point Counter Point. To add to the literary atmosphere at their cut-off Alpine encampment, the Huxleys’ friends DH Lawrence and his wife Frieda had a chalet nearby, another winter refuge where they were busy typing the final draft of Lady Chatterley’s Lover. 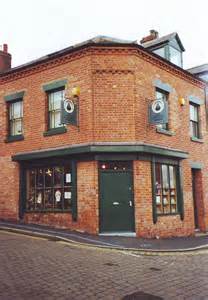 DHL was from Nottingham

In retrospect, the completion of these three works, by three good friends together at the same retreat couldn’t have been more appropriate and timely. They were each trying to understand the basic biological instincts over which they had no control, and they were trying to create a synthesis half way between two world wars. What part did a sense-of-self play in whole society? What was the difference between pleasure and happiness? Emotionally and intellectually exhausted by that work during the day, each evening they took turns to read aloud to one another, and finished the whole of The Pickwick Papers. Julian saw it as “a happy time, the white landscape soothing and protective, and much work was done.”

Well aware of what a precarious age it was in which to be alive, they also spent a lot of time talking about their different evolutionary and physiological ideas, especially how they related to the genetical development of human-kind. This infuriated Lawrence who believed the more power that was excercised by ‘the dark loins of man’ the greater would be the freedom for our instincts and our intuitions. His utopia was a singular and physical climax, separate from any fixed romantic place but full of passion and desire. This was how he would solve the world’s troubles and he directed his anger especially at Huxley, the professional scientist. “I learnt to disregard his outbursts, but we had many a stormy passage.” All of them through that Swiss winter wanted to use their prominent positions in society to influence public opinion and government.

By the end of the 1920s it looked to many life scientists that things were at last coming together. Fisher and Haldane’s claims from mathematics that heredity and natural selection were compatible encouraged others to submit their evidence from different disciplines as well, and it meant that taxonomy, ecology, palaeontology and cell biochemistry were soon showing examples of the same interaction. In turn it was becoming clearer that individuals didn’t evolve and that groups and populations did. The nineteen-thirties promised to be a time of new breakthroughs and this was one of the topics where scientists were on a roll. But there were big logistical obstacles coming from the global economic depression that were bound to delay specialists from all these disciplines working together.

Meanwhile, the arguments continued between opinion and conviction, the self and God, the right and the left. One of the many troubled old men who were well aware of some of the moral difficulties of modern thinking was the Bishop of Ripon.

He spoke for many of the old guard when he called for a ten year moratorium on all scientific research, for the general good of mankind. He complained about a “moral lag, a gap between moral and scientific advance, for man’s body had in effect gone on growing while his soul had largely stood still or gone back.” Earlier, in anticipation of this religious backlash to so much humanism, HG Wells had suggested a similar “holiday” for the clergy, in the cause of human progress. Wells was clear about where human destiny lay and wished to be rid of sentimental images of heaven for a select few. These pieces of conflicting advice were a 1930s-style version of the division between mythos and logos and it prompted a new debate about the social and political responsibility of scientists.