By 1842 Charles Darwin had a good draft of his evidence for natural selection, but he was far from convinced that it would stand up to the public scrutiny that he knew would be vicious. So he decided to look for more clues and to use them to test his theory further. But it was hard to chase the evasive biological changes and he became more and more frustrated. In 1858 he finished a manuscript of what he called The Big Species Book, in which he tried to set out the difficulties as well as the theory itself, but he was not happy with the work and so he kept it hidden away under the stairs. He already had a major literary achievement under his belt: his observations from the Beagle voyage ten years earlier, and that would have to be enough to present to the world. 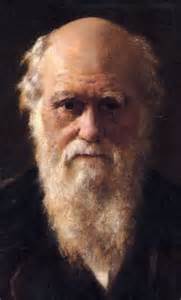 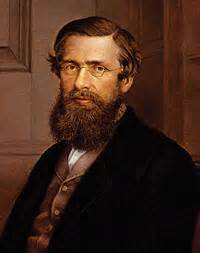 But he was still afraid that his case was not convincing to many of the reasonable people who had criticised Chambers’ book, and he held back to find more arguments to support the theory of natural selection that he had already formulated. The story is well-known of how Darwin was forced into writing The Origin of Species after he had read a draft manuscript outlining the same idea, written out in Malaysia by the species collector Alfred Wallace. Darwin’s friends in the Royal Society wanted to protect what they thought was his right to claiming the well worked out theory as his own, and not some last-minute argument that had flashed into the mind of some unknown explorer. In that event Charles Darwin wrote his book in nine months, incorporating the support he had gathered from lots of scientific specialists throughout the world, making his own observations clear and presenting the argument so that both specialists and the public could understand. Meanwhile, Wallace was only too pleased to accept Darwin’s offers of co-authorship of the first formal announcement at the Linnean Society and his later friendship.

Less well-known is that Wallace confided with a wry smile to a friend that as long ago as 1831 a Mr Patrick Matthew “appears to have completely anticipated The Origin of Species”. 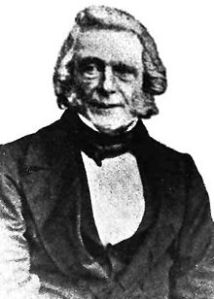 Meanwhile, The Vestiges was believed to reflect the more open thinking about nature in Scotland, a place eager to throw off the control of the English intellectual establishment of Oxford and Cambridge. One view was that Chambers had formed his ideas about evolution after he had also heard talk of evolution from his fellow-Scot Patrick Matthew. He had suggested that his farming stock was improved by selection from within the orchard or the herd, and this meant that inheritance of new features for a changed environment was unnecessary: it happened before such change, within each population automatically, as a matter of course. Selection was happening continually, on his farm and in nature, and was only noticed when some environmental change made a particular form conspicuous. Matthew didn’t amplify this idea and only jotted a brief note in the appendix of his 1831 book Naval Timber and Arboriculture, a book that one of Chambers’ friends happened to read. It was another example of the feeling that Thomas Huxley shared forty years later: “it is such a wonderfully simple idea that I wonder I didn’t think of it myself”.

The concept was implicit in several documents written around that time, though their impact was lost by their brevity. Charles Darwin took the prize with his articulate approach to life, his unique experiences on the Beagle and at Down House, and with his beautiful writing. He was also such a likeable man that everyone he knew, except Richard Owen, wanted him to take the credit.